Neutering the males makes them more sociable and much easier to pair to other gliders. Intact males are more likely to fight each other and they can impregnate females which cannot be spayed. For non-breeding pairs, a neutered male is the only good option to pair to an intact male, and even then some issues may arise. Whenever possible, neutering a male is a good idea.

Two females work well together most of the time, but not always. Starting with two lineaged females is a good plan for someone who may wish to become a breeder in the future, as they can mature together until old enough for a safe pregnancy. This option also does not incur additional expense for neuters.

Two males work best when both males are neutered, and worst when neither male is neutered. While it is not a guarantee that two intact males will fight each other, the odds are much higher, especially if there is also girl scent in the area. Boys that were paired together before maturing have a chance to get to know each other before having to work out their hierarchy, which can improve the odds of a peaceful pairing.

Mixing genders can both solve and cause a ton of issues, depending on personality dynamics. My usual preference is to mix genders.

Even neutered males will answer nature’s call, and I feel that romance is a wonderful and fulfilling aspect of life that I like to let my gliders access. I personally think that anxious females are calmed by having a male scent mark her and take her under his protection, and that an agitated male is calmed by having a female to protect and gets a feeling that his search has ended.

Gender ratio can be important, but is not a hard and fast rule. In general, more females than males is probably a better bet.

If breeding, only one intact male should be in the cage. Two intact adult males in a breeding cage pose significant safety risks to each other, the momma, and the joeys.

I believe that a male can calm hierarchy disputes between two females by taking over the roles they were arguing over. However, I would hesitate to add a female to squabbling males because it will give them something to squabble about and may leave one of the males feeling left out.

Any combination can work, but if personality problems are expected then it is probably better to either balance the genders or have more females in a colony. 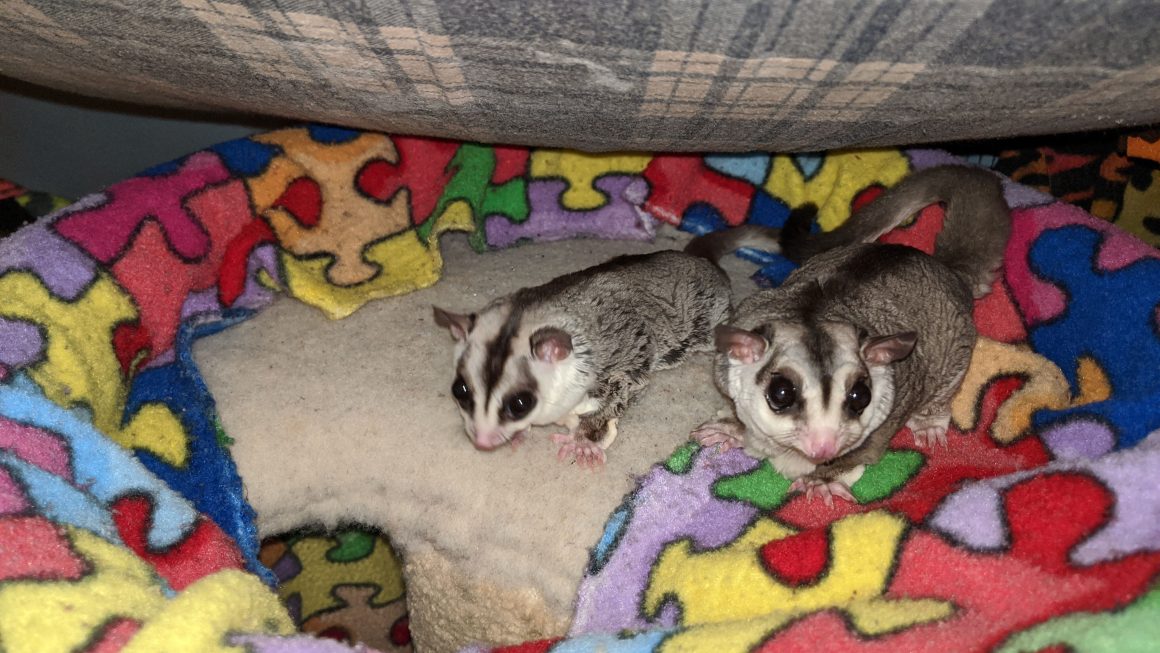