As a breeder, I practice a routine with my joeys I call “crabby joeys come out of pouches” Its pretty self explanatory but I can rant about anything.

Pouch protectiveness is a common issue with gliders, and the behavior is fairly hard to break in an adult. “Crabby joeys come out of pouches” is aimed at preventing a joey from becoming a pouch protective adult.

Gliders crab to scare predators away from their home in the hopes of being left alone. So every single time a joey in a pouch crabs, I pull the joey out of the pouch into the bright lights and chilly air and give them a moment of attention, then allow them to wander back to the pouch on their own. If they crab again, they come out again, and we repeat this for as many cycles as it takes for the joey to make the association between crabbing and getting the attention it is trying to avoid.

This routine doesn’t usually take long to work with a young joey, maybe a week or two of frequent handling and consistency, and often much quicker. Its not very effective on pouch protective adults though. I still try to do it, but once the behavior has set in its hard to remake those associations. (A touch easier for a new owner than for someone who has owned their pouch protective glider before attempting it).

I have three different approaches to pouch protective adults; change their pouch to an OE one, train them out of it, or accept it and mitigate the damages.

OE pouches are Open Environment pouches, they are generally like a big hammock instead of a deep pocket. This is the glider equivalent of taking your teens door off the hinges when they try to lock you out of their room. Can’t throw a fit protecting something you don’t have.

Training them out of it is a hit or miss endeavor, often involving much blood sacrifice and patience. Hand bonding is an essential component of this (routine detailed in a previous rant), as is the frequent giving of treats throughout the day while they are sleeping. I find increasing the popularity of the treat throughout the day to be helpful so I start out with dried fruits and end with yoggies or mealworms. They hate being woken up but love the foods (or feather), so theoretically they stop associating disturbances with fear and start associating with food and fun instead.

Sometimes you just can’t change their personality and there’s really no point losing any more blood over it all. I had a pet-store glider that came pouch protective and stayed that way her whole life. She was awesome out of a pouch but if you got within striking distance of the pouch top she would strike and bite to bleed. We used lures like worms and feathers to get her out of pouches, and used deeper pouches or a teepee for her cage so our fingers were further from the glider pile. 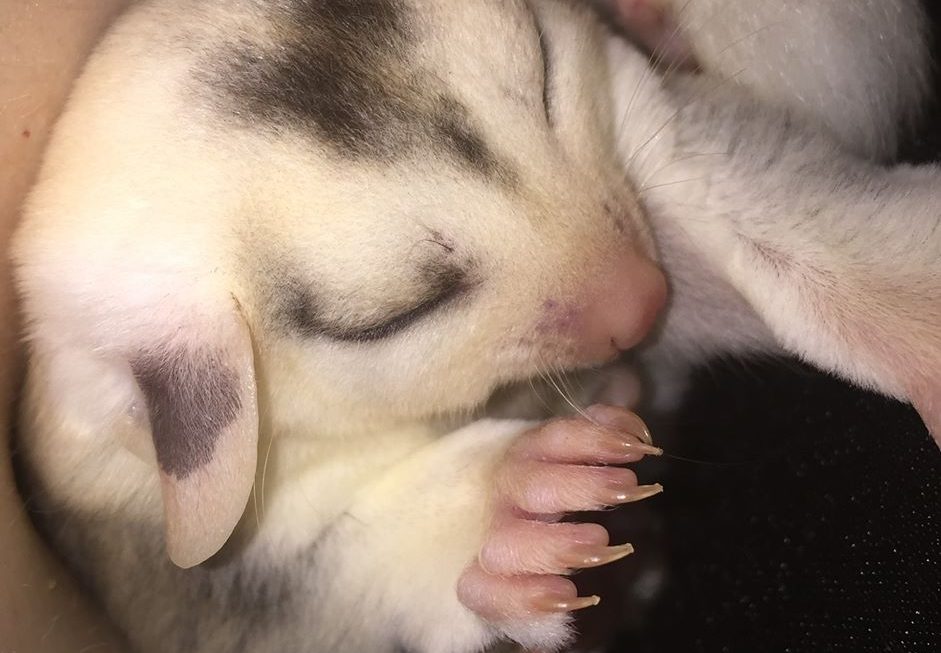