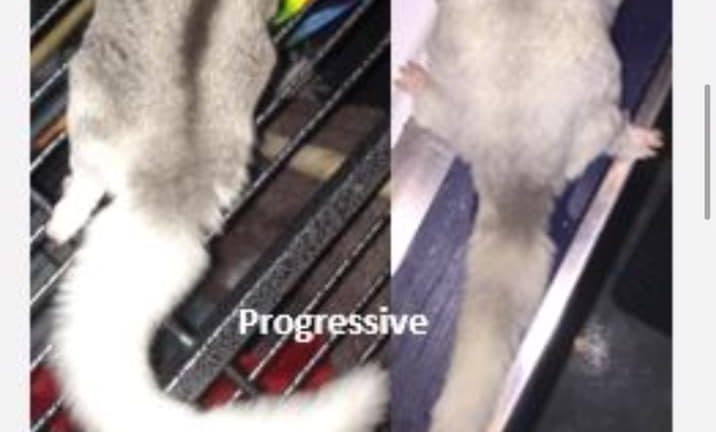 Progressive pied mosaics are born with pigmented fur that slowly fades out over the course of their life. Another term you may hear is “powdered out” to indicate that a mosaic faded over time. This happens much sooner in their lifetimes than could be attributed to aging.

My twin girls Skitter and Skatter are progressive pied mosaics (who have become white mosaics). They were fresh OOP in the video, and 2.5 years old in the pictures.

The screencap pic is their mother Kaylin, who was much darker to start out so hasn’t visually progressed as far as her daughters yet. As Kaylin faded out, her progressive pied markers darkened in, like the one on the base of her tail, and the one between her shoulder blades. Kaylin’s shock white tail now has several faint rings that show up in the right light.

Kaylin’s sister Keeva is also a progressive but her rate of fading has been noticeably slower than Kaylin’s.

My newest breeding pair has a progressive mosaic paired to a black face black beauty. I am hoping that they produce a joey with a dark face like dad, that fades out at the hips and tail like grandma. I feel that would be quite striking to watch develop over their lifetime ?.

“Progressive piebaldism” is a nifty gene. Like all versions of mosaic in gliders it is dominant. So mating a mosaic to a non-mosaic will produce some mosaic joeys (statistically, half of the joeys they have). A note of caution though, there is a theory that homozygousity in the mosaic gene is lethal to an embryo. If true, this would mean when mating mosaic to mosaic 1/4 of fertilized embryos would not develop in the uterus, so this strategy may reduce the number of joeys born overall, as well as the proportion of mosaic joeys from what would be expected (this applies to all forms of mosaic, not just progressive pieds).

Humans have a version of this as well, and studies on the human version concluded that progressivism is a result of a splicing variant in the more common (but still rare) human piebald gene (KIT). 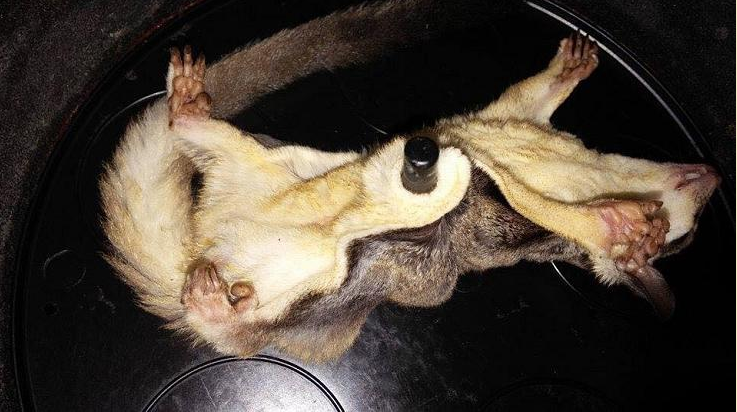