There are a few triggers that put gliders into what I call glider frenzy mode. Once in frenzy mode, they will be more grabby, alert, active, assertive, nippy, and into scent marking.

Glider frenzies can look/sound aggressive, but if you know when and how to provoke them, frenzy mode can be amazingly useful to controlling them.

Owners can be forgiven if they witness a glider frenzy mode or two and start to think their glider is becoming aggressive or unfriendly, but that is not the case whatsoever. Glider frenzies are temporary, lasting from seconds to 20 minutes, and are triggered by a stimulus. Never judge a glider’s overall personality by their transgressions during a frenzy.

These cute cuddly critters are actually viscous predators who are such efficient little hunters that they are contributing to the extinction of swift parrots. You’d never know it until you see them pounce on a feather and try to rip it to shreds. Running a feather over the cage bars makes them chase, pounce, and vocalize aggressively (sounds a lot like a bad glider fight).

Feathers are useful for keeping a glider on your shoulder in transit, luring an escape, keeping the gliders away from the door when feeding them, and getting them to launch themselves out of a pouch when trying to quickly show them off to people. If your glider is a bitey one, you can use a feather to occupy their teeth as a bite-avoidance strategy.

If you are playing with a feather out of the cage, protect the hand holding with your shirt sleeve. If they get within an inch of your fingers, just let it go. Some gliders immediately lose interest in an inanimate feather, others will proceed to gleefully decimating it.

Gliders frenzy for live mealworms sometimes (not always), so watch your fingers if handing them through the bars. Gliders will squabble with each other to steal a worm from the others mouth or hand.

Gliders in frenzy mode will bite fingertips that retain worm scent. They bite very hard and often draw blood on these bites. They see/smell your fingers as a giant delicious worm and get so confused when biting them doesn’t result in worm juice.

(Edit to add) Those weird fish stick treats will also trigger a worm-like frenzy. Gliders will rip them out of your fingers and tear them up ?

Almost all gliders get super sniffy around foreign glider scent, but some will frenzy mode on it too. They will get all hyper and excited, and go nuts trying to booty dance and chest rub all over everything. They will bite down a lot, but these bites are to anchor them for the hip wagging booty dance maneuver that spreads their pee around.

Some Hand Soap Scents and Oils

My husband has a beard oil that sends a couple of our gliders into frenzy mode whenever he uses it. They nip and strike at his beard, and go digging into it aggressively. ?‍♀️

Ive had one brand of vanilla scented handsoap that triggered frenzies in a couple of gliders, other vanilla soaps haven’t performed the same.

When blood sugar spikes very high in a diabetic, they start exhaling a sweet smelling chemical that attracts gliders and can make them kinda frenzy-ish around the face area and more nippy with that person in general.

I think its the fresh bug scent. This one isn’t particularly consistent. mine frenzied for garden grown green beans and asparagus stalks, but not many of the other things I offered and not those same items from a store. Outdoor grown leaves and dandelions often get a similar reaction. 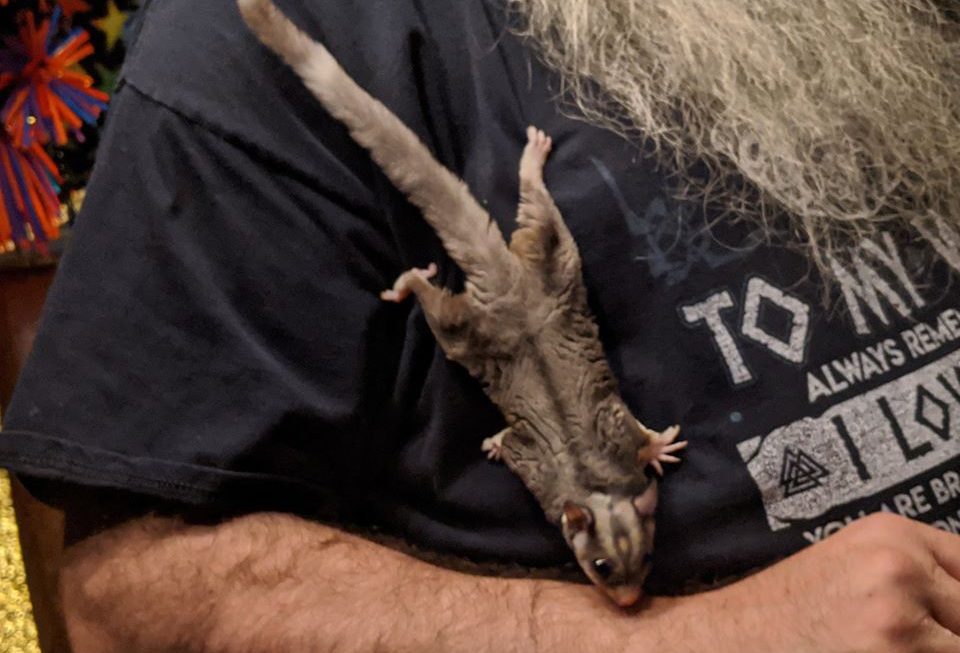